“London in the 60’s- the Teen Music Explosion!”

From a kindergarten concert in 1955 to the Covid shutdown in 2020, music has woven its way in and out of Jim Chapman’s life. A professional performer for more than twenty years, Jim made sure his life remained full of music even when it wasn’t paying the bills anymore and was just a hobby. He kept notes on his adventures throughout all those years and in this book he shares the many adventures that shaped his career both on and off the stage.

Jim’s professional career took off in London in the 1960’s, in the middle of the greatest popular music explosion the world would ever know. In a special section, Jim recreates that exciting decade in London through his own memories and the reminiscences of dozens of people who were there, as musicians and fans.

Here are some brief excerpts:

**This volume is actually two books in one. It began as a straightforward recounting of my life-long involvement with music, written at their urging for my family and friends. I’ve always enjoyed reminiscing about my music-related adventures and have shared many stories with them over the years. It was eventually suggested that I write them down for ‘posterity’ (though whether or not posterity will be interested remains to be seen), hence the personal stories in this book. I believe the details of many of them will be familiar to anyone with even a passing knowledge of the ups and downs of a musician’s life and, if you change a few names and places, I know most of my musical peers will have had similar adventures. But after I finished the manuscript and was about to send it to the layout artist, I came across a file of interviews I had done with some local musicians back in in 1989. I had been researching a potential book about London’s 60’s music scene but the project had never been completed.

Finding the file got me thinking again about the need for some kind of chronicle of that unique decade, and the tremendous influence it had on my entire life and the lives of my contemporaries. The teen “scene” in Canada (and around the western world) exploded in the 1960’s in a way it never had before, and never has since. I considered publishing my autobiography and then starting a new book about London in the 60’s, but the deeper I got into my research on the latter, the more I realized how naturally the two sets of stories flowed together. As a result, I have combined them in a way I hope the reader will find entertaining. I have also added the personal reminiscences of dozens of former London teenagers who, like me, were right in the middle of the 60’s London music scene. The reader will find our memories of favourite hangouts, foods, fashions, music, and more. 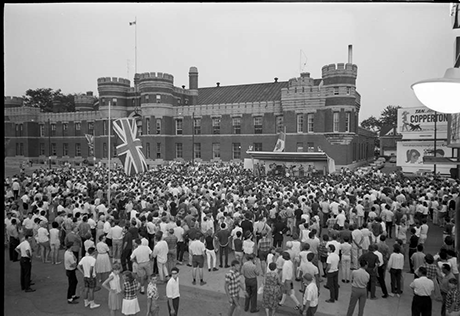 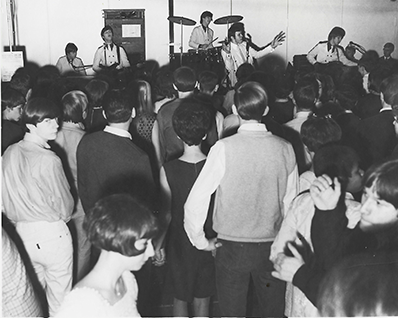 ** One day I get a call from Canada’s rockabilly king Ronnie Hawkins, offering me a spot in his latest iteration of the Hawks. We had some friends in common and I had met him a year or so before at a Leather N Lace gig, when he had been very complimentary about my bass playing and singing. I told him then that if the opportunity ever arose I’d love to work with him, and we exchanged phone numbers. He’s now ready to prep for a nation-wide university concert tour, but the members of his current band are tired of the road and looking for some new challenges. One of them is keyboardist and future legendary record producer David Foster.

But Ronnie’s job offer is not without complications for me. Bad Axe is doing well with gigs on both sides of the border and a Canadian record producer is sniffing around some of our original material. Ronnie had been my musical hero for years but even though it would be a dream come true to work for him, when he offers me the bass player slot I’m not sure I should take it. Bad Axe is hot and getting hotter and the guys are not only bandmates but good friends, too. I don’t want to walk away just when we might be getting somewhere.

“How many guys have you hired for the new band?” I ask. “You’re the first guy I’ve called”, Ronnie replies.

So he has me on bass, and that’s it? I could sense opportunity knocking. I tell him about Bad Axe, where we’ve been playing and how we’re doing, and convince him to come to London and audition the whole group. I point out he might be able to save himself a lot of time and effort in finding a new band and am very pleased when he agrees and says he’ll be at our rehearsal house in a couple of days. When I tell the guys what’s happened they’re as excited by the prospect of working with Rompin’ Ronnie as I am. But let’s back up a bit. For those who may not know, Ronnie Hawkins is an Arkansas-born rockabilly pioneer and music legend who relocated to Canada in the 1950’s and quickly became a very big name in this country. His backup group through the early 1960’s was known as The Hawks but they eventually left him to work with Bob Dylan, and later became the 1970’s supergroup The Band, one of the most influential musical acts in rock history. Ronnie was also friends with John Lennon and Yoko Ono, who famously stayed with him for a week at his Mississauga home and ran up a $9,000 phone bill. It has long been rumoured that the bill was never paid but Ronnie once told me with a chuckle that even if it wasn’t, it was worth it for the publicity! 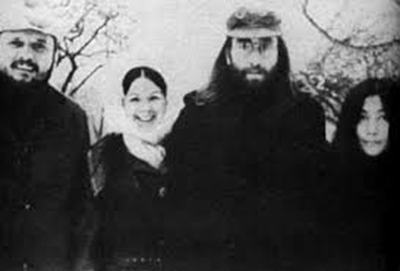 ** In September of ‘83 we land a three-week return engagement in Timmins, a mining town in far-off northern Ontario. It was a long drive to get there but that was at least partially offset by being booked into the nicest hotel in the area. The bar was always busy and the clientele appreciative of our musical efforts. One morning the room phone rings and Carlyn answers to hear an obviously-surprised woman on the other end ask quite angrily “who are you and what are you doing in my husband’s room?”

My lovely bride, never at a loss for words, replies “who are you and why are you calling my husband’s room?” and the woman on the other end starts to sputter and hangs up. Just a wrong number, obviously, but there turned out to be a bit more to it. In order not to embarrass anyone I won’t identify the missing husband except to say he was a well-known musician who was doing a local concert with his band that night. We learned from talking with the front desk people that his wife had called the hotel and without identifying herself, asked for “the bandleader’s” room. The switchboard operator had seen us several times in the bar so she did as requested and put the woman through to our phone. We never learned what happened after that misdirected call and never ran into the ‘star’ performer, but we’ve often laughed about the time my wife was mistaken for a Yosh and Stan groupie. 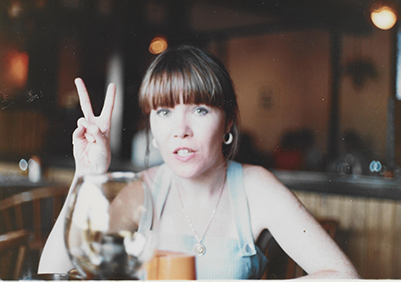 Uncle Jimmy’s Excellent Adventure WILL BE AVAILABLE IN LATE SPRING, 2022.