In 1968 Jim Chapman signed with Columbia Records and went on to perform with a variety of popular bands including rockabilly legend Ronnie Hawkins. In the mid-1970’s, influenced by performers like The Eagles, Crosby, Stills and Nash, Jackson Browne, and America, Jim wrote and recorded an album of ballads featuring the themes of love lost and found. Before it could be released the original masters of the songs disappeared in a studio closing and were thought to be lost forever.

In 2009 some badly-deteriorated sample mixes were found in an old trunk, but were considered too damaged to recover. By 2012, advances in computer technology allowed the restoration and remastering of the songs and “Lost and Found” is the result. The songs were almost lost, but now found again 35 years later they still speak of universal human emotions as contemporary as today. 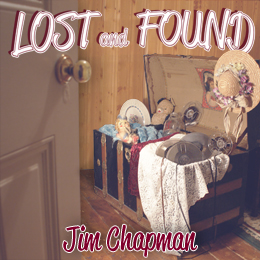 “Jimmy-boy, you got a real good set of pipes. If you were good lookin’ as me, no tellin’ how far you might go!”

“I enjoyed the CD very much. The writing is quite heart-felt and the songs flow nicely. You can’t beat good lyrics and good melodies. Nicely done.”

Greg Brown, lead vocalist and keyboardist for Ocean (Put Your Hand in The Hand, One More Chance)

“Grab a glass of wine, your best girl, and listen closely to songs once lost and almost forgotten. It is easy to imagine Jackson Browne, Kenny Rogers, or America having a hit record with a few of the tunes featured on this cd. I think the highlight of Lost and Found is Jim’s vocal performances, but you be the judge. Take a trip back in time with Jim as he revisits his musical past, and you’ll have a very pleasant journey.”

Post-Covid I am doing a single act occasionally, and having a lot of fun playing regularly in a duo with my pal Les Holmes called TWO PLUS. It features us working with backing bass, drum and keyboard tracks I record myself in my studio, allowing us to create the sound on stage of a four-piece band.

We perform an eclectic mix of classic country and rock and roll with a bit of blues and country swing just for good measure. Please check below for our upcoming appearances, and contact us if you’d like information about booking the band.