Whatever The Reason, Ignorance of History Is Still Ignorance 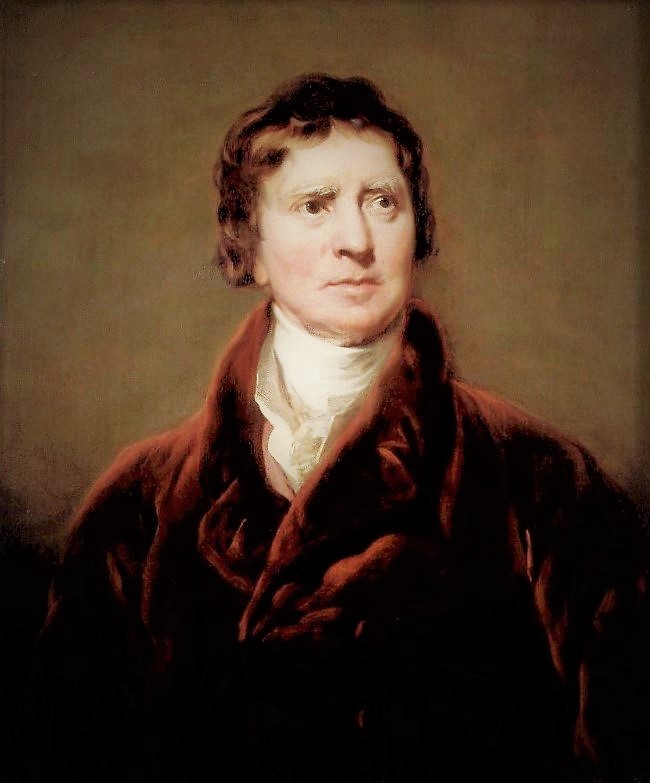 I see the discussions in Toronto to change the name of their Dundas Street have not died, as I had believed, but continue to fester, awaiting only an opportune moment to seize the limelight again. You may be aware that the impetus for this nonsense (and that’s what it is, non sense) is that because the historical personage whose name it bears, influential British politician Henry Dundas, “delayed” the abolition of slavery in the British Empire by several years before his death in 1811. While I am interested in the current movement to rename or destroy things that represent ideas or actions no longer deemed socially acceptable, it is a morbid fascination, and the movement an intellectually dangerous and morally bankrupt path to follow in many situations.

If you think carefully about the implications of such efforts, pesky facts often arise that then are studiously ignored in the name of some undefined greater good. In the case of Henry Dundas, such facts make fools of those who have rushed to judgement on a prominent historical figure. Critics believe Dundas Street should be renamed because its namesake’s actions regarding slavery in the early nineteenth century offend them here in the twenty-first. But their beliefs betray their historical ignorance and blacked the reputation of a man who, as much as almost anyone alive at the time, helped turn the dream of the end of slavery in the British Empire into a practical reality. That is not a feeling, nor an opinion, it is a verifiable fact, though in most such controversies, feelings and opinion handily trump facts almost every time. But history is a demanding taskmaster and generally the enemy of simplicity, and a careful study of the life of Henry Dundas reveals a much different picture than that presented by his current detractors.

Dundas was a Scottish lawyer and MP who at the very beginning of his public life, in the late eighteenth century, came to prominence fighting for the freedom of a young black man enslaved in Scotland under the laws of the British colony of Jamaica. Dundas’s position was highly controversial and might have derailed his career before it fully began but he made his personal beliefs on the matter very clear early in the trial: “Human nature, my Lords, spurns at the thought of slavery among any part of our species.”

He won the trial and the young man’s freedom, and set upon a legal and political career that would bring him great renown. As the public mood in Britain shifted in the late 1700’s from widespread support for the Atlantic slave trade to increasing calls for its abolishment, Dundas was a prominent supporter of the latter. Where he ran afoul of modern thinking on the subject was in his acknowledgement of the widely-held opinion that if it were to be abolished all at once it would cripple the economies of Britain’s extensive Caribbean colonies, and thereby seriously damage the economy of Britain itself. That was no small concern at a time when the nation was fighting against Napoleon for its very life.

His writings at the time reveal he was also deeply concerned about what might happen if all the slaves were manumitted without any preparation for life as free individuals; they might become targets and tools of unscrupulous people who would quickly capture them as economic slaves, legally free or not. By today’s standards that seems very paternalistic but we his concerns were fully justified. We don’t have to look any farther than post-civil-war America to see how easily that was actually done, and at what horrible cost to the black population for generations.

There is no question that Dundas did not support the early attempts in Parliament to immediately end slavery and the slave trade. His writings and those of others about him reveal that he believed such a drastic change after hundreds of years of officially-sanctioned existence would not only cause economic chaos but potentially lead to no real improvement in the material lives of the former slaves. From our vantage point two hundred years later, it’s not hard to say that he was wrong and that, in the name of freedom alone, slavery should have been ended overnight and the chips allowed to fall where they may. But in the early 1800’s that was far from clear and did not reflect the beliefs of a majority of the MP’s, nor of the British public.

Worried that successive defeats of such proposed legislation would ultimately weaken public support for the idea, Dundas sought to postpone further attempts until a compromise could be reached that would lead to the eventual widespread acceptance of the need to abolish slavery throughout the British Empire. No less a personage than the greatest champion of international abolition, William Wilberforce, recognized that Dundas’ support of gradual over immediate abolition was founded not in personal support for the institution (which, as noted, Dundas deplored) but in an ultimately-successful effort to end the series of defeated abolition motions in the House of Commons that had frustrated Wilberforce and his compatriots for years.

The information above is readily available to anyone with access to a library or the internet, but I have seen or heard little of it referenced in the current discussions about changing the name of Dundas Street, in Toronto or here in the Forest City. And that’s not the only reason I question the wisdom of trying to scrub our history “clean”.

I was born and raised here and until very recently had only a vague idea of the provenance of the name of our traditional main street, beyond a vague understanding that Dundas and Sir John Graves Simcoe were friends. To me, the name Dundas had no historical significance and was no more than a quick, two-syllable identifier for our notable thoroughfare. And while I can offer no proof, I’d wager that before this “controversy” emerged not one Londoner in ten thousand (if that) had so much as a clue about who Henry Dundas was, let alone what he did or did not do. Their needs would have been served just as well had the street been name Doodle (assuming there are no unpleasant connotations for those two syllables in such a combination).

If gross misinterpretations of the little-known legacy of Henry Dundas are enough to spur us to remedial action, how can we not continue on to expunge geographical reminders of the perpetrators of far greater malfeasance? As noted above, Britain was the economic center of the slave trade for centuries, during all of which time London was its capital. If the mere sight of Dundas’ name on a street sign is enough to warrant a name change, by what dereliction of social duty do we refrain from renaming our city, too? The pain and misery caused over centuries by pro-slavery forces in London, England vastly outstrip whatever pain and misery Henry Dundas perpetuated in his desire to find a politically-viable way to end the practice. If his actions warrant his name being removed from our city, how can we justify the name of our city itself, a tribute to the geographical heart and soul of man’s inhumanity to man for centuries? And that would be just the beginning of such a campaign.

To change all the street signs, maps, corporate stationery, business cards, souvenirs, business names and the like in such a wholesale fashion would certainly cost a literal and vast fortune. We are currently in a situation where we do not have adequate housing for all our residents, our infrastructure cries out for needed updates and thousands of Londoners do not even have a family doctor. These are just three of many crises that harken back directly to a shortage of public funds. Does it make sense to incur all the expense of renaming anything that some historically-ignorant person may find “offensive” when we there are so many more pressing civic needs?

I am not being facetious, this is a profoundly serious and important question if we agree to accept the need to erase our history as expressed through our landmarks because some ignorant people are offended by false narratives. I am all for being aware of the lessons history has to teach us about our failures as individuals, countries and societies. Unless we are aware of them, and maintain that awareness, we risk forgetting them. And, as we have done so often in the past, repeating them to the great detriment of all. In the case of Henry Dundas and others unfairly maligned by those unaware of historical fact, the current distortions of the past, however currently fashionable, do nothing to illuminate the way to a better future.